While preparing Forecast for 2023 with OCBC, I was asked to check out the BaZi charts for some of the leaders who will affect the world economy. All the charts didn’t look good. It’s either they are having clashes, destructions or are challenged by the Seven Killings and Direct Officer issues. That’s politics!

The one that stood out the most is President Xi’s BaZi chart. He is born in 1953, 15 June according to the source from Wikipedia.

President Xi is born at the peak of summer which is favorable for a Ding Fire person. But when both month and day pillars are disrupted with such an impact, it is almost impossible to remain unaffected. As we can see from the diagram, the Water Rabbit in 2023 will affect his day pillar, clashing both his day master and day branch. This will be impactful like an earthquake that will destabilze him. His month stem Wu earth is being combined by the Gui Water element which is his Seven Killing, this will make him more adventurous or even ruthless. The month branch Wu ( Horse ) enters into a destruction with Mao ( Rabbit ) will affect his confidence.

Looking at this massive protest in China which was clearly seen from the hexagram for 2023 – The Judgement  水雷屯.

The image of Difficulty at the Beginning. 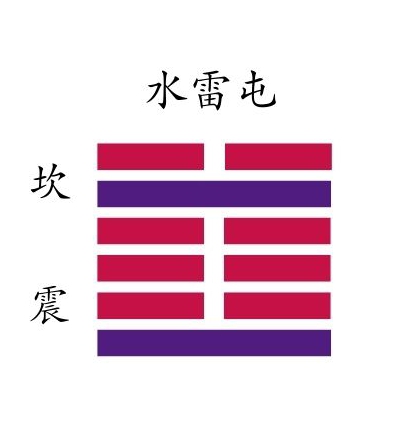 The lower trigram Chên is arousing; its motion is upward and its image is thunder. The upper trigram K’an stands for the Abysmal, representing danger. Its motion is downward and its image is rain. The situation points to teeming, chaotic profusion; thunder and rain fills the air. But the chaos clears up eventually. While the Abysmal sinks, the upward movement eventually passes beyond the danger. A thunderstorm brings release from tension, and all things breathe freely again.

I am excited to see the revolutional change in 2023. This will bring so much relief from the pent up frustrations built up for the last few years. More so since the lockdown in China during the pandemic.

Will President Xi remains in his power and agree to make changes to his policies or will this protest eventually end his political career?